View cart “Jewell HVRLTSBR-A/JT-07” has been added to your cart.

The TriggerTech Diamond Rem 700 Trigger (for cloned actions only) was designed to meet the requirements of leading competitive shooters with the help of the K&M Shooting Team and several leading R700 Clone Action Manufacturers. The Diamond features a pull weight range of less than 4 oz to 32 oz, our new Variable Rate Adjustment Technology and the new Pro Curved trigger lever. Our shooters have described it is the most consistent and crisp breaking trigger they have ever felt. After feeling the crisp break on the Diamond you will immediately become aware of the creep that exists in all other triggers.

Only 3 left in stock

The first Rem 700 Diamond Trigger was shown at the 2017 NRA Show. Since then TriggerTech has worked with the K&M Shooting Team and several leading R700 Clone action manufacturers the refine the product. The Rem 700 Diamond is truly zero creep and is the most consistent and crisp breaking trigger you will ever use. The diamond will make you aware of the creep that exists in other triggers. It features new variable rate adjustment technology that enables quick and confident adjustment from <4oz – 32oz with TriggerTech’s patented CLKR Technology™. The adjustment feature utilizes externally accessible set screw and the adjustment range begins at ~0.2 oz/click from <4 oz to ~9 oz and the changes to ~1 oz click from ~9 oz to 32 oz. Due to the exceptionally crisp break, most shooters report the pull weights feeling significantly lighter than a friction based trigger of the same measured weight. Five of the critical Diamond components are assembled as matched set to enable a true zero-creep break, extremely short overtravel and offers outstanding reliability, even in the harshest environments. Frictionless Release Technology™, along with hardened 440C stainless steel internal components ensure corrosion resistance and an extended service life. As Frictionless Release Technology™ does not rely on coating, polishing or lubricating the key engagement surfaces, trigger pulls will be more consistent from shot to shot and after thousands of shots than you ever thought possible.

All pull weights and measurements are approximate.

There are no reviews yet.

Be the first to review “TriggerTech Diamond Rem 700” Cancel reply 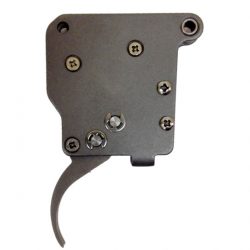 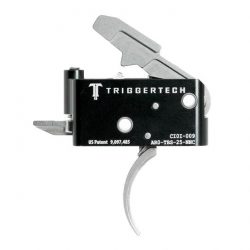 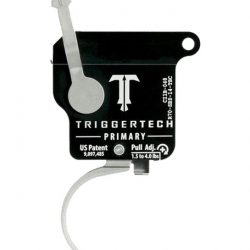 Sorry, no international orders or shipping.

If you do not receive an email confirmation of your order, please check your spam/junk folder before contacting Great Scott Triggers.